Knowing what colors to mix and match can be pretty challenging, especially with how brutal the fashion industry and social events can be in regard to clothing attire.

Of course, beauty and style are ultimately subjective, and there are many different genres of style and fashion that you can aim for.

Nevertheless, there are a few basic rules when it comes to which colors go together, and which don’t, and although you can break them, it would make for a very bold and daring end result. 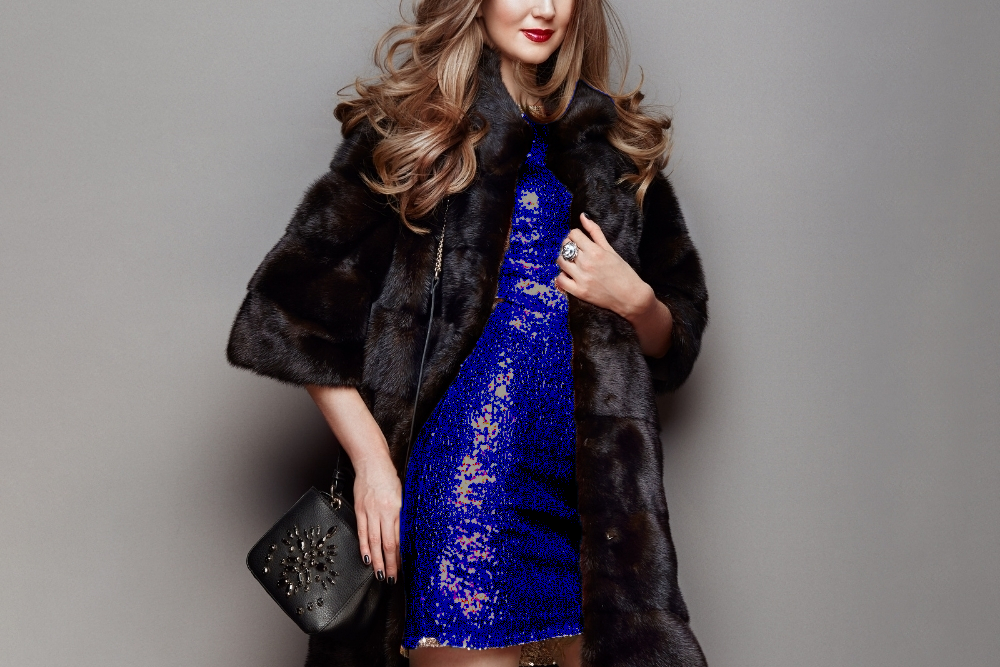 One of the most popular and common colors in clothing attire, that never fails to make an appearance in people’s wardrobes, is black. But when it comes to dressing up when you’re over the age of 50, one of the colors that begin to take center stage, sometimes almost replacing black altogether, is navy.

But what if you wear both at the same time? Do black and navy even go together? Is there a specific way to wear them so that they look good?

I used to think that mix-matching colors was a big no, and preferred to stick with same-color outfits, so I kept black with black, and navy with navy. But it turns out that this can make your outfit a bit much, as well as making you look plain and dreary (youngsters can pull it off a bit better than we can!)

But to make things a little clearer, I’ll talk a bit more about black and navy, and how you can wear them together so that they look good.

Black is the absence of colors, which is why it doesn’t really clash with anything. It is what is referred to as a neutral color. This also means that it looks its best when paired with other neutral colors, such as white, beige, cream…and navy!

Black is also regarded as a color of elegance that can suit almost any event. It is ideal for formal wear, as well as for evening events when you want to look all fancy and tidied up. It is also associated with roles of power and authority, due to the major use it has been given in most formal business wear and attire.

Also black is a slimming color, which is why so many people over the age of 50, especially after having kids or giving up on regular exercise, like to wear it. Not that you need to slim yourself down! Every single body is beautiful just the way it is.

Navy is a type of dark blue, and it is a very cool tone, also part of the neutral color club. This means that it naturally goes well with other neutral colors, such as white, beige, cream, and black.

However, it also matches really well with other colors, especially warm ones such as yellow or orange, as this contrasts with the coolness of navy.

Navy is also a color of great elegance, associated with confidence, power, authority, and great poise. It is used in many official uniforms of formal wear, and it is also used to denote class within social events.

It has also been greatly associated with conservatism, stability, responsibility, and intelligence. You might have noticed that many professionals choose to wear navy instead of classic black!

Can you wear black and navy together?

Now that I’ve given you the basics of both black and navy (which weren’t anything out of this world, black and navy are pretty established in what they symbolize and what they denote), it’s time to join them together, and see if that works out.

Both black and navy are neutral colors, so it’s completely safe to assume that they work well together, and can be worn within the same outfit. I’ve heard people talk about an old fashion rule that states that black should never be worn with blue, but navy doesn’t count as blue, so this rule doesn’t count.

Besides, this rule doesn’t really sound like it has much truth to it, I’ve seen plenty of fashionable people wear black with blue. And on top of this, there is a bigger rule that takes precedence: black goes with everything.

Black and navy also go well together for another reason: they send the same message. Both colors denote elegance, power, and confidence. They can both be used, almost interchangeably, in most formal events and official business settings.

So it makes sense that they can also be used together, without clashing or sending mixed messages. (Yes, the clothing you wear sends a specific message, why else do you think there are specific types of clothing and colors suitable to different types of situations, places, and even times of the day?)

But basically, long story short, black and navy can be worn together, and they look good. So go ahead and mix-match black and navy items, and create a new fashionable outfit!

Tips for wearing black and navy together:

Even though black and navy go together really well, not all black and navy outfits will look good. There is more to fashion than just choosing the right colors.

I know it’s definitely taken me quite some time to nail the black and navy combination so that it always (or at least almost always) looks good.

Here are some of the tips that I’ve learned for wearing black and navy together:

Different textures can affect the appearance of a color in different ways, accentuating different shades and combinations. I recommend you test out different clothing materials, and see how they pair up!

It’s important to find a good balance between the black and the navy, so that one doesn’t drown out the other or take over. Use a balanced amount of both, or go for a plain look with accessories.